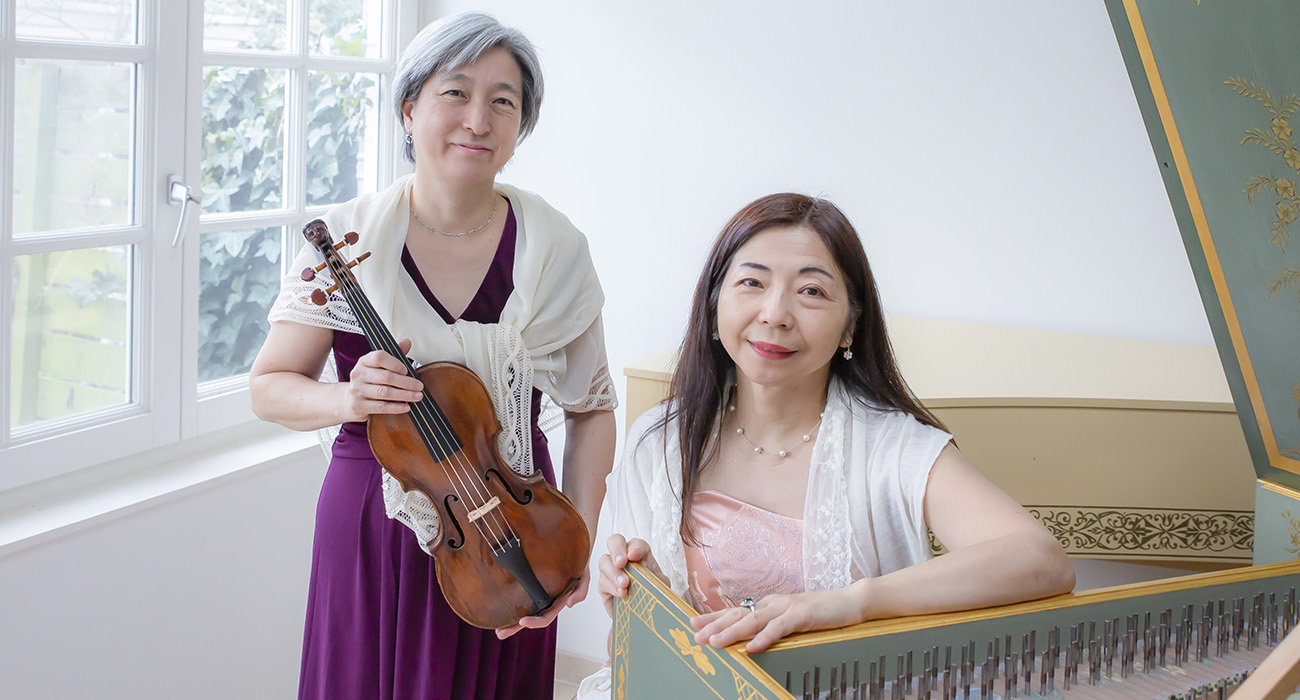 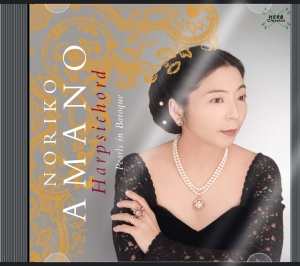 Noriko Amano’s cd ‘Pearls in Baroque’ with harpsichord works by Henry Purcell, Domenico Scarlatti, Girolamo Frescobaldi and others also includes one of her favourite pieces that she often plays as encore: Tombeau de Mr. de Chambonnières by Jean-Henry d’Anglebert. You can purchase these cd at the price of € 20, by filling in the form below.

‘Sonatas for Violin and Cembalo by J.S. Bach’ 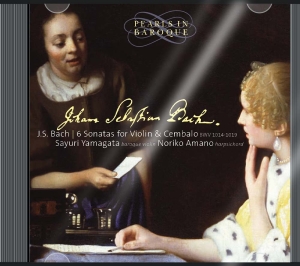 More information about the cd ‘Pearls in Baroque’

The music on this cd was written primarily by French Baroque composers. King Louis XIV (1638-1715) was the patron of many composers during this period, several of whom created masterpieces for the harpsichord. During this time the French were incorporating some Italian influences into their own unique French style of harpsichord music.

The history of 17th and 18th century Europe is closely tied to the history of baroque music. During the baroque period, the royalty of Western Europe were moving to centralize power, government and wealth. One benefit of this was that culture in general, and music in particular, blossomed under the patronage this concentration of wealth and power encouraged.

For “Pearls in Baroque”, I have chosen to perform several gems of the period. These recordings were made when my second daughter was six months old. I was breast-feeding at the time and my thoughts were on biology and the miracle of my developing child. It was a special, and even spiritual, time in my life. Consequently it was also a particularly female moment. For that reason I chose to include two pieces by the composer Elisabeth Jacquet de la Guerre: an incredibly talented composer, and one of the best of the period, but one that did not then and has not now received the credit due her.

When De la Guerre was only twenty-two years old, she was allowed to dedicate her compositions to King Louis xiv, the greatest patron of musicians and artists of the baroque period. Such a dedication could only be made with the king’s blessing. Louis xiv thought so highly of De la Guerre’s music, that he give it, something he had withheld from even the great F. Couperin, the best known composer of the period.

During Louis xiv’s reign, the then republics, duchies and kingdoms of modern-day Italy were losing power and prosperity to France and Spain. Reflecting this, the baroque musical style was also moving from the Italian to the French. Responding to this, De la Guerre successfully brought together the two styles in single harmonious pieces, particularly in trio sonatas, stealing a march on F. Couperin who achieved his own successful combination of the two styles, in Les Nations, somewhat later.

To demonstrate the contrast between De la Guerre’s prelude and the more traditional French prelude, I have included an example of a French prelude in “Pearls in Baroque”, by D’Anglebert. This piece is non-measured (meaning without rhythm or meter indications); the music is quite improvisational, with rapid arpeggios used to indicate the progression of the harmony. De la Guerre had married a famous organist at twenty. Ten years later, in the space of a few years, she lost her parents, her husband and her child. It was to be ten more years from this disaster, before she would revive her musical career. In 1707 she published another book of solo harpsichord pieces. This book included a piece called “La Flamande”, which is an allemande (the French word for German). However, being inspired by Flemish painting she had a unique take on the allemande style that expressed Northern European, rather than German, sensibilities. “La Flamande” is profound and complex compared to other allemande pieces.